Due to its geographical location, Puerto Rico is highly exposed to extreme natural events such as weather events (e.g., hurricanes) or earthquakes.  The exposure to extreme natural events affects the transportation infrastructure. Damages to the transportation results in the isolation of communities limiting their ability to obtain supplies and services in an efficient and timely manner in the recovery phase after the extreme natural event. This has been proven by recent extreme events occurred in Puerto Rico.  Consequently, the PR 2045 Long Range Transportation Plan (2045 LRTP) established the resiliency during transportation planning as one of the strategies to enhancing the quality of life through management of assets, environmental and social justice, improved accessibility, and better economic development.

The town of Loíza is in an area with privileged natural environmental characteristics. These characteristics make it vulnerable to natural disasters or incidents that would require the evacuation of the town during emergencies. According to 2020 Census the municipality has a population of 23,693. According to the Census criteria the municipality is not an urban area composed mostly of Latino (99.7 %) dominated by the black (38.7 %) and white (24.3 %) races. Poverty percent is estimated in 48.2 %. The town is in an Area of Persistent Poverty (APP) and is a Historically Disadvantaged Community (HDC). 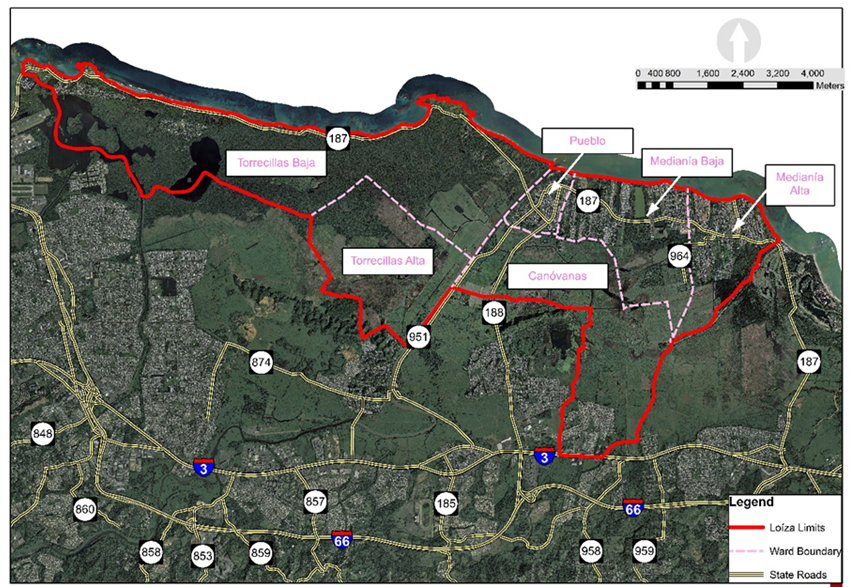 Loíza Limits and principal roads in an Aerial Photo

There is a government evacuation plan for Loíza town in the event of a disaster. Currently the evacuation routes are through States Roads PR-188 and PR-187.  See the following figures. 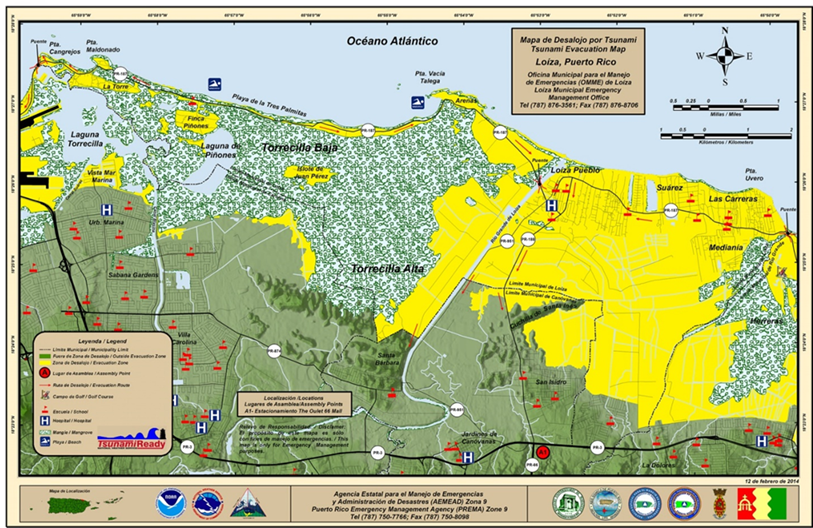 Map of the evacuation zone during a Tsunami. 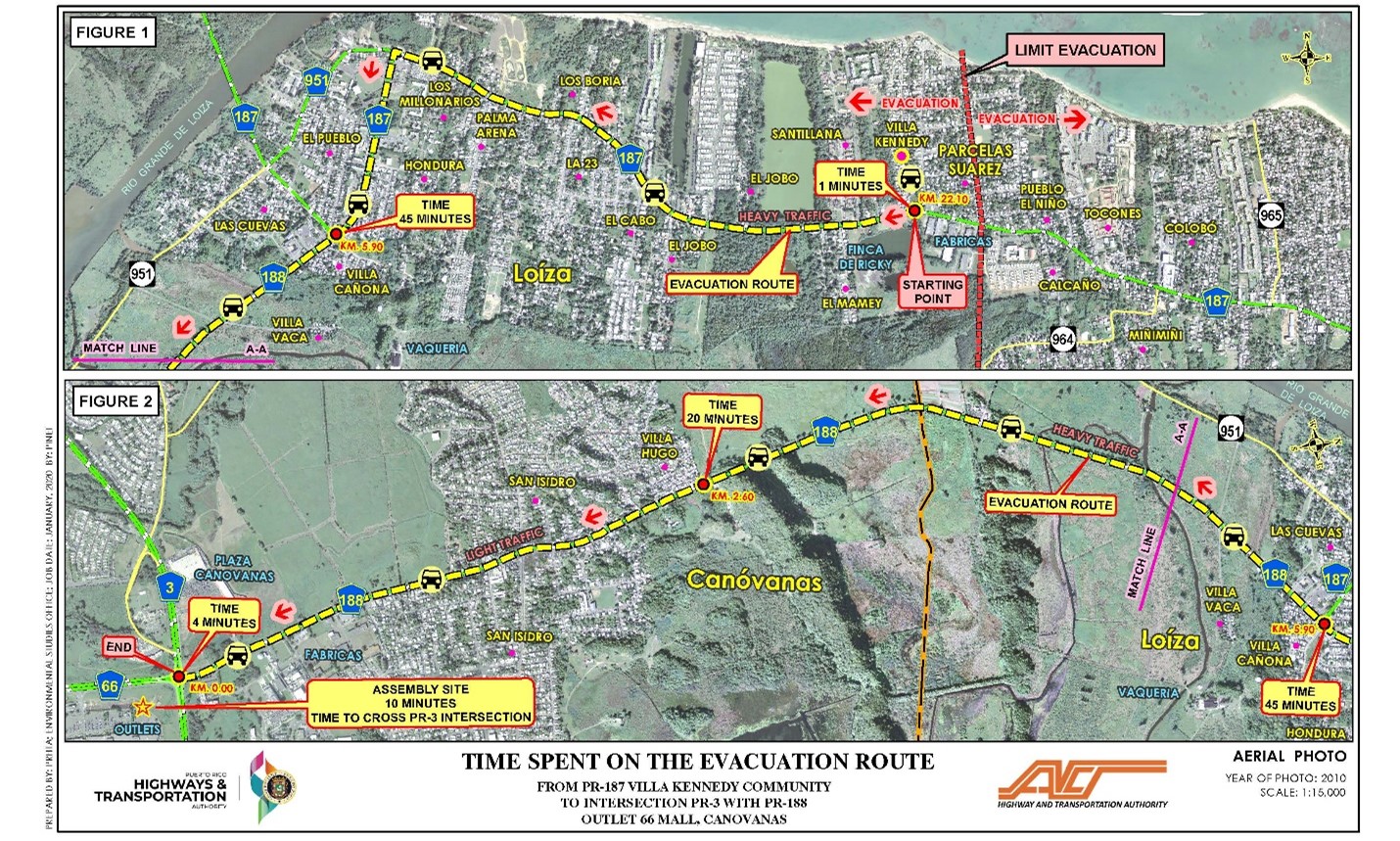 The Puerto Rico Department of Transportation and Public Works through the Puerto Rico Highway and Transportation Authority propose the development of a new road infrastructure that would be used as an evacuation route during emergencies events for residents and visitors of the town area of the Municipality of Loíza, Puerto Rico.

Currently the PRHTA in coordination with the Federal Highway Administration (FHWA) is preparing the Feasibility Study. The preliminary feasibility study was performed using information on the resources and characteristics of the study area available from government agencies, information obtained from the public, studies performed, and information obtained during field visits. Four alternatives, including the No Action alternative, are begin evaluated. From these, three alternatives have been preliminary determined to be feasible as an evacuation route. These are the No Action alternative and the construction of a new transportation infrastructure in three different alignments.  Summary of these alternatives are included below. 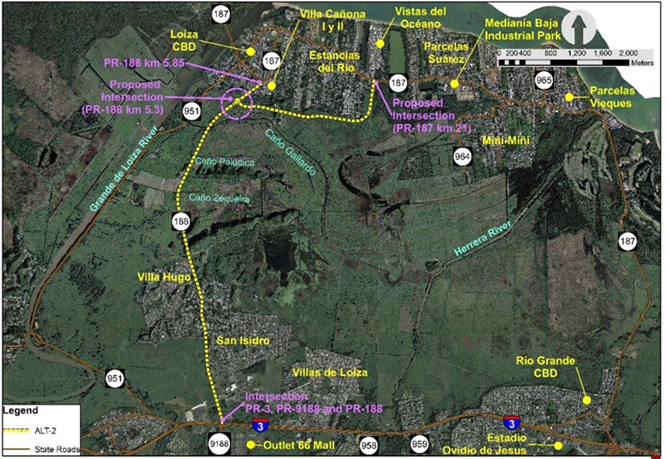 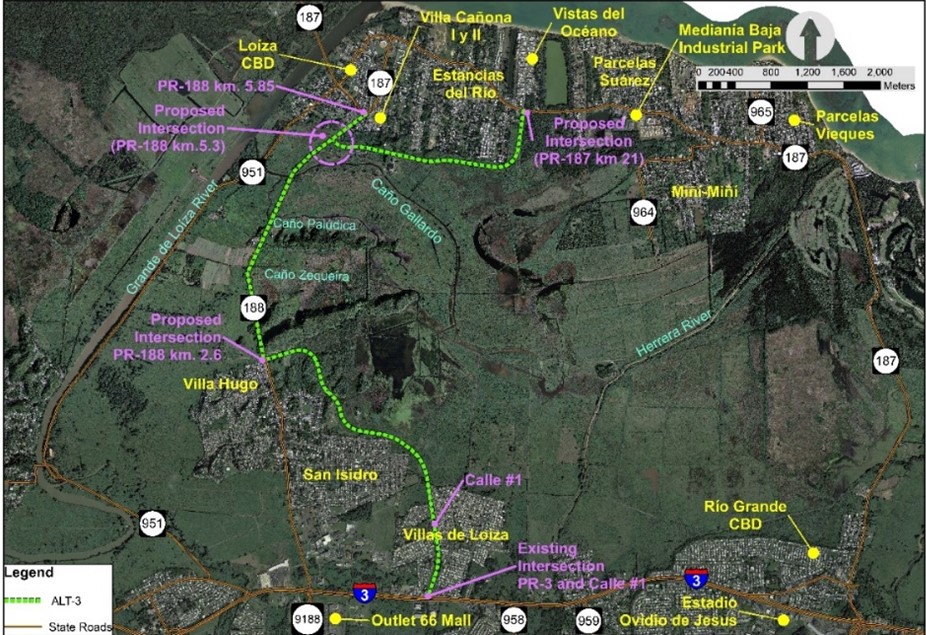 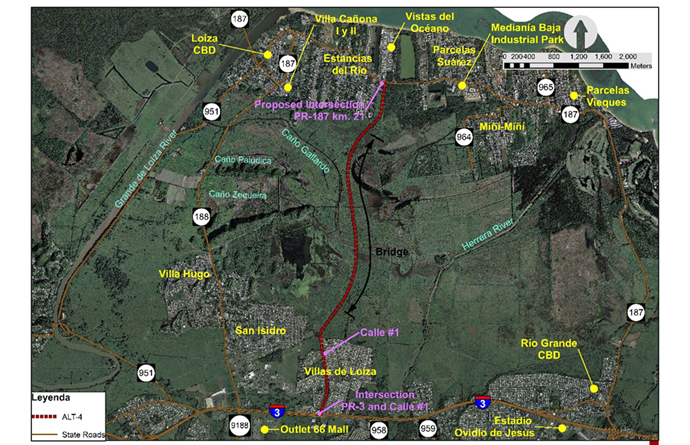 For all the alternatives the road profile would be above the flood levels. The typical road section of road PR-188, Villas de Loíza Connector and Alternative #4 would have three lanes (two north-south and one south-north). During an emergency event the southbound lanes would be used to evacuate the town, and the northbound lane would be used by government agencies to provide assistance to the population. The typical section of the South Connector would have two lanes (one in each direction).

The PRHTA is currently preparing the Feasibility Study and funds for this phase of the project have been allocated. The Feasibility Study is being financed by the FHWA.  The PRHTA estimates that the project planning phase (environmental evaluation and preparation of design) will cost $12,372,393. The planning. Phase is submitted to the US Department of Transportation to compete for RAISE funds.  Here is a copy of the request.